What are some of the challenges in caring for elderly parents? Linda W’s mother fell and broke her hip in May of 2005. The once independent 92 year old woman, whose husband had died forty-seven years ago, could no longer live alone.

Fifty-nine year old Linda, who lives 15 minutes away in Kansas City, had just four days to shift roles from self-exiled daughter to daily caregiver and major decision maker. Her immediate obligation was to find an assisted living situation for a woman who had never asked for help from anyone for anything. Her mother’s stern attitude magnified the pressure Linda felt. Given a two week reprieve when her mother was placed in a nursing home for rehabilitation, Linda contacted Jeannie Darnell at A Place for Mom, who helped her locate an appropriate assisted living home in their area. This was the first difficult elder care decision Linda had to make, though it is certainly far from being the last.

When the Child Becomes The Parent: Changing Roles

“My mother and I never enjoyed a ‘get together for coffee’ type of intimacy,” Linda confides. “We were all business. So this change in our relationship remains monumental for both of us. I don’t know what I would have done without Jeannie Darnell who checked in with me everyday until we found the right fit.”
Even though Linda’s mother tells others that she likes her new home, she will never admit as much to her only daughter.

“My mother fell victim to the Canadian Lottery Scam a few years ago. I had to sue her to take control of her finances,” Linda recalls. “But moving her out of her home of forty years, that’s an entirely different level of responsibility. I wonder if I’ll ever be forgiven.”

Like many children thrust into the role of caring for elderly parents, Linda has struggled with boundaries. She visited “too often” during the first year, returning home most days physically and emotionally exhausted. Her mother never established close friendships, preferring stubborn self-sufficiency to intimacy with acquaintances. So Linda endured the brunt of her mother’s frustrations and resentments about losing her home, independence, and ultimately, her ability to control the direction of her own life.

“I lived in hell for the first year because I couldn’t find the balance,” Linda recalls. “I would take a memento from the house to cheer her up and she would be outraged because the token confirmed she was not going home. I know I shouldn’t have told her that she was never going home but sometimes I lose patience.”

Even though her mother’s personality exacerbated her own feelings of frustration, Linda understands that her own reactions are often unfounded and unfair.
“She’ll insist that she needs a new toothbrush, implying that I am not taking care of her. So I’ll go to the vanity and pull out a brand new one, one that’s even still in its wrapper. I’ll want to scream, ‘Look mom, it’s right here, you’re new toothbrush is right here!’” Linda says. “But I know that my mother is fading. The truth is I need to remember she is no longer independent physically or mentally. It’s a truth I don’t like to admit.”

According to Seattle geriatric internist Dr. Elizabeth Kiyasu, watching our parents lose their independence is one of the most challenging realities we face as our parents age.

“Eating is a perfect example. If our child isn’t eating we simply insist that they eat for nutrition alone. But our parent’s refusal to eat a complex conversation which often pits our hope to see them healthy again against their determination to let go.

“The best thing to do is to make decisions that totally respect their desires. But trying to predict those desires can be really tough.”

Learning about those desires requires candid conversations about choices to be made. The sooner those conversations occur, the more prepared the entire family will be. “You need to gauge whether your parents understand the consequences of the decisions they are making, regardless if those decisions involve medication, finance, or advanced directives,” Kiyasu says. (Kiyasu prefers “advanced directives” to “living wills” because the situation with an aging parent is rarely as objective as a living will forecasts at the time it is written. A living will follows a standard format that often complicates the actual situation. Advanced directives presents a list of guidelines for a variety of circumstances.)

“Linda’s financial clarity alleviates one significant source of stress for the child-caregiver,” Kiyasu says. “She also established Power of Attorney for her mother, another valuable change in their legal relationship that I advocate for others in similar situations.”

Kiyasu stresses that there are individual nuances in every parent-child relationship, however:

“I recently heard about a patient whose family kept their father’s dialysis appointments even though he had expressed a preference to eliminate them. It turns out the children, who all worked, viewed the appointments as a form of daycare for their father, while also improving and prolonging his life.

“These decisions are never clear-cut for the children. We feel guilty when we admit exhaustion, or that the demands of our parents’ care fall beyond our skill set. People don’t realize they can place their parent in a nursing home for a limited stay, or that assisted living homes come in many different forms and styles.” And because Linda was never close to her mother, her situation has been especially challenging. “She can’t rely upon a foundation of intimacy with her mother,” Kiyasu observes. “[And] now she is propelled into a very intimate situation, essentially deciding the course of her mother’s life, without any prior directives.”

Linda understands and accepts this burden. She perseveres, visits her mother often and tries to maintain a positive outlook. She likes having dinner with her mother on Sundays, because they sit with a group of other women, women whose company she has come to enjoy.

“I don’t always know what to say to my own mother, because she can be so uncooperative, so talking with these other women is a nice break for me, as is hearing them say what a wonderful daughter I am,” Linda says. “To see my mother sitting there silently-when she used to love taking cruises, traveling abroad, and dancing-deeply saddens me.”

Caring for elderly parents is never easy, though she knows that it must be done. She reminds her mother to lock the door after she leaves, to which she inevitably receives an ironic “thanks mom.”

Linda, whose lone brother moved away decades ago and rarely visits, understands she is her mother’s sole advocate. She works hard to balance her own needs with her mother’s. She’s also come to understand that the logical argument doesn’t always succeed.

“My mother sits in a wheelchair all day because she refuses to do physical therapy. The doctors tell her that with therapy she would be able to walk again but she just wants to get up and walk immediately or not walk at all. But I’ve stopped trying to convince her. There’s only so much I can do,” admits Linda.

Linda continues to confront her challenges and to advise others how to do so. She remains indebted to Jeannie Darnell at A Place For Mom for guiding her through the initial relocation process, a situation she found overwhelming at first. She also appreciates any kind words of support, like those she receives from her maternal aunt. Though often frustrated with her predicament, she says her attitude is improving steadily as she becomes accustomed to her role.

“I now know my mother is going to have good and bad days. I also know my mother doesn’t want to be mothered. Who would?” laughs Linda. “And I believe my aunt when she tells me what a good job I am doing.”

“It’s been very hard to make all of the decisions for another adult,” Linda concludes with a sigh, “But I am getting it done. And getting it done is the right thing to do.” 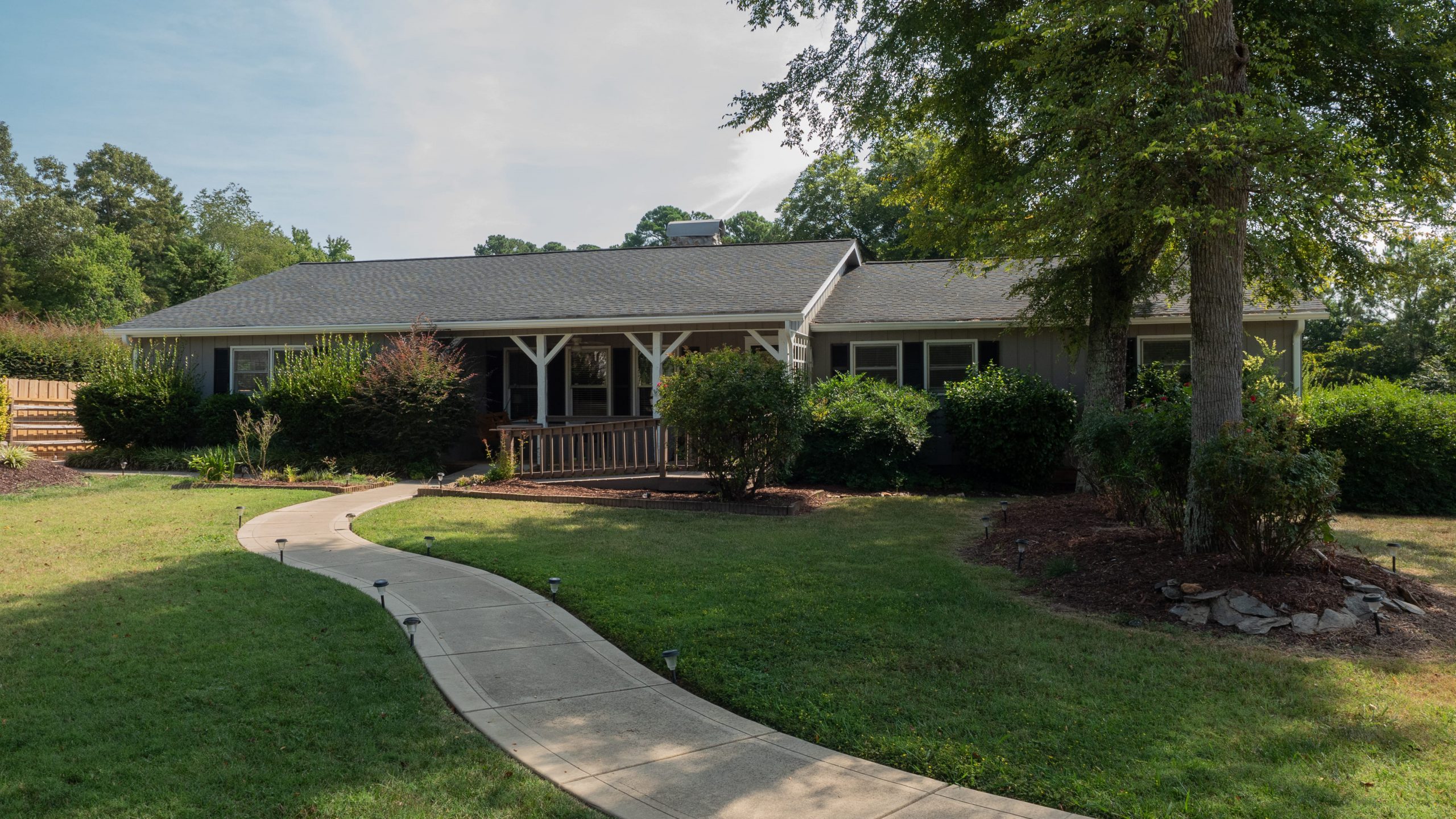 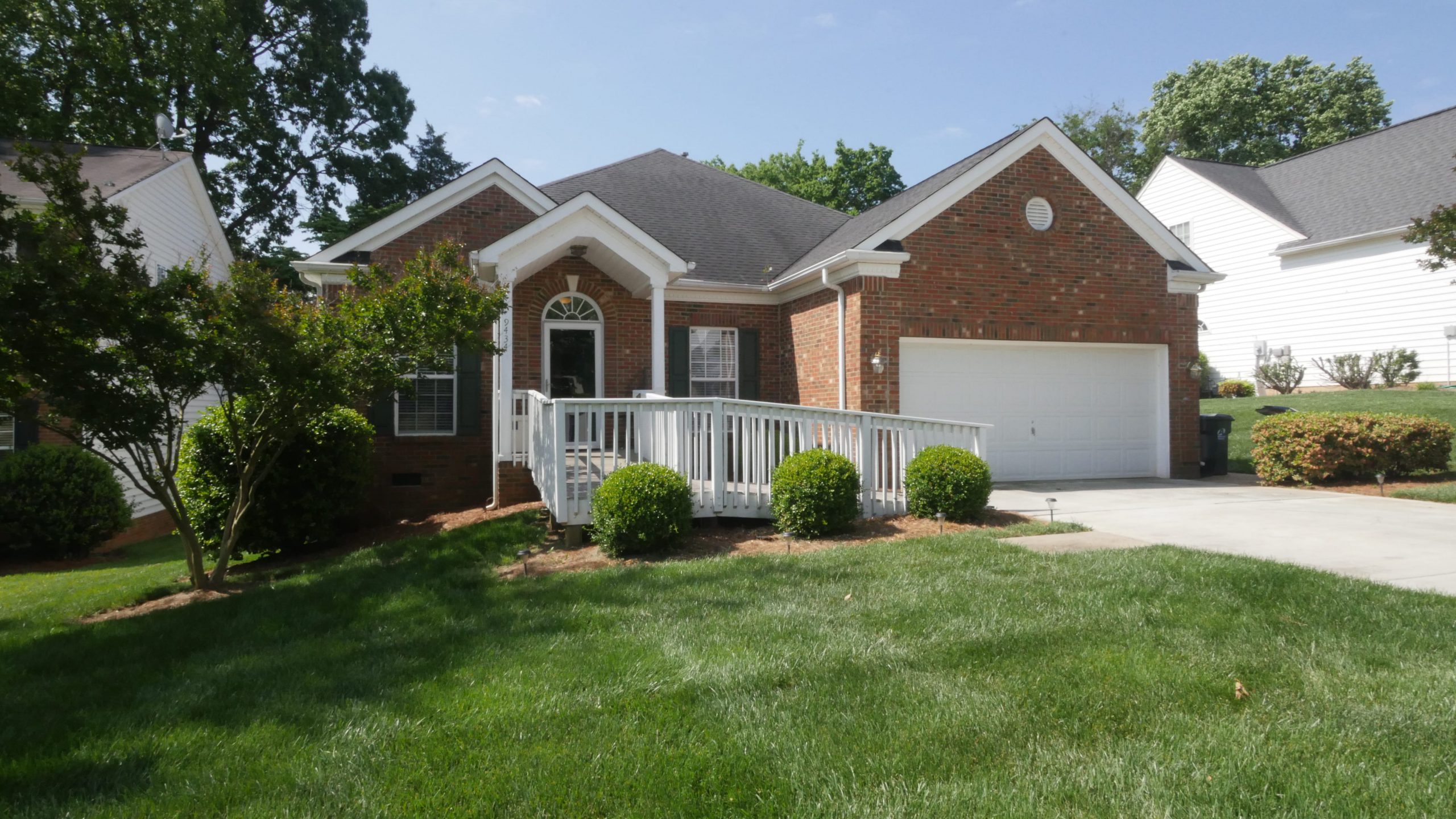 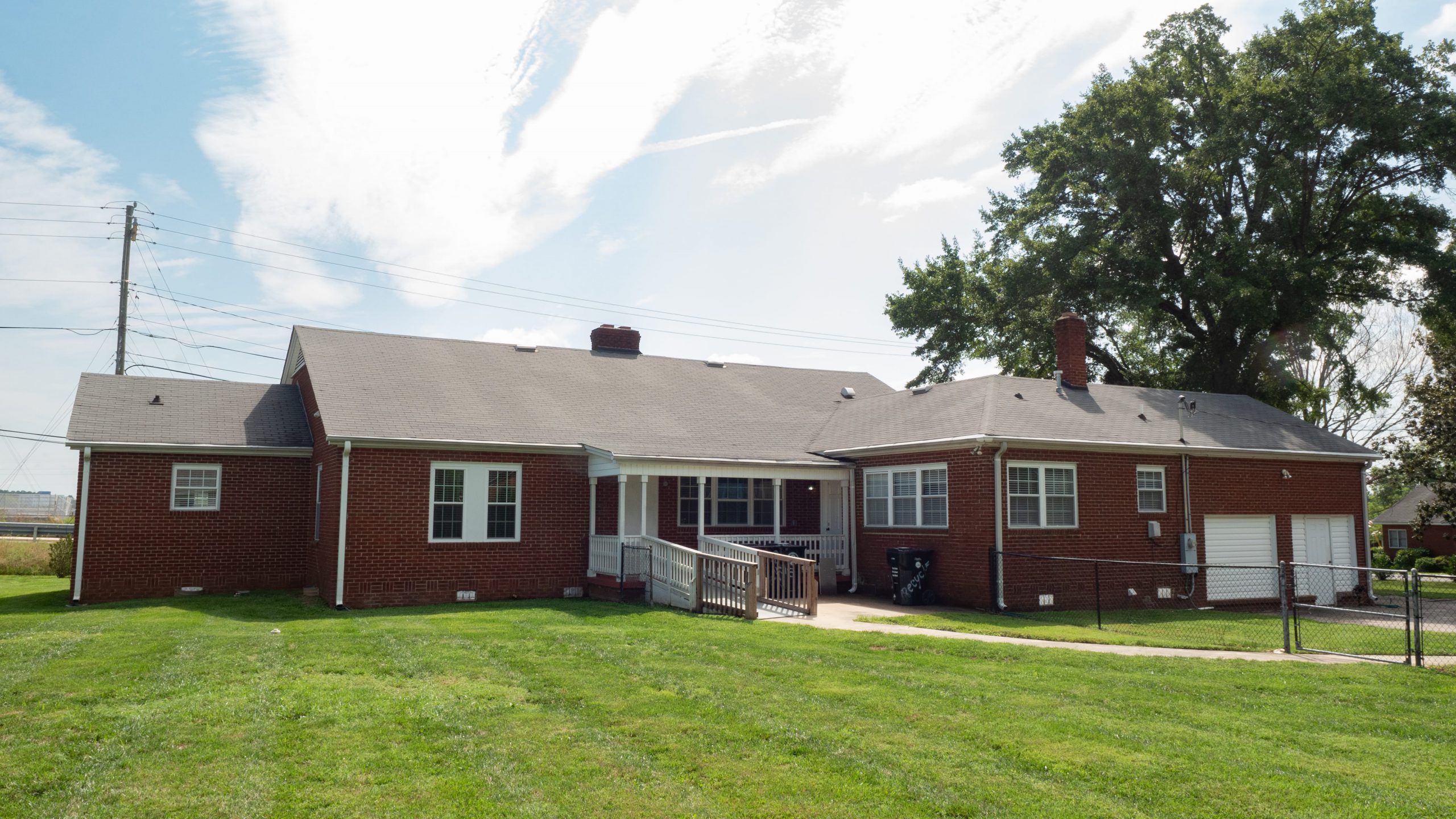 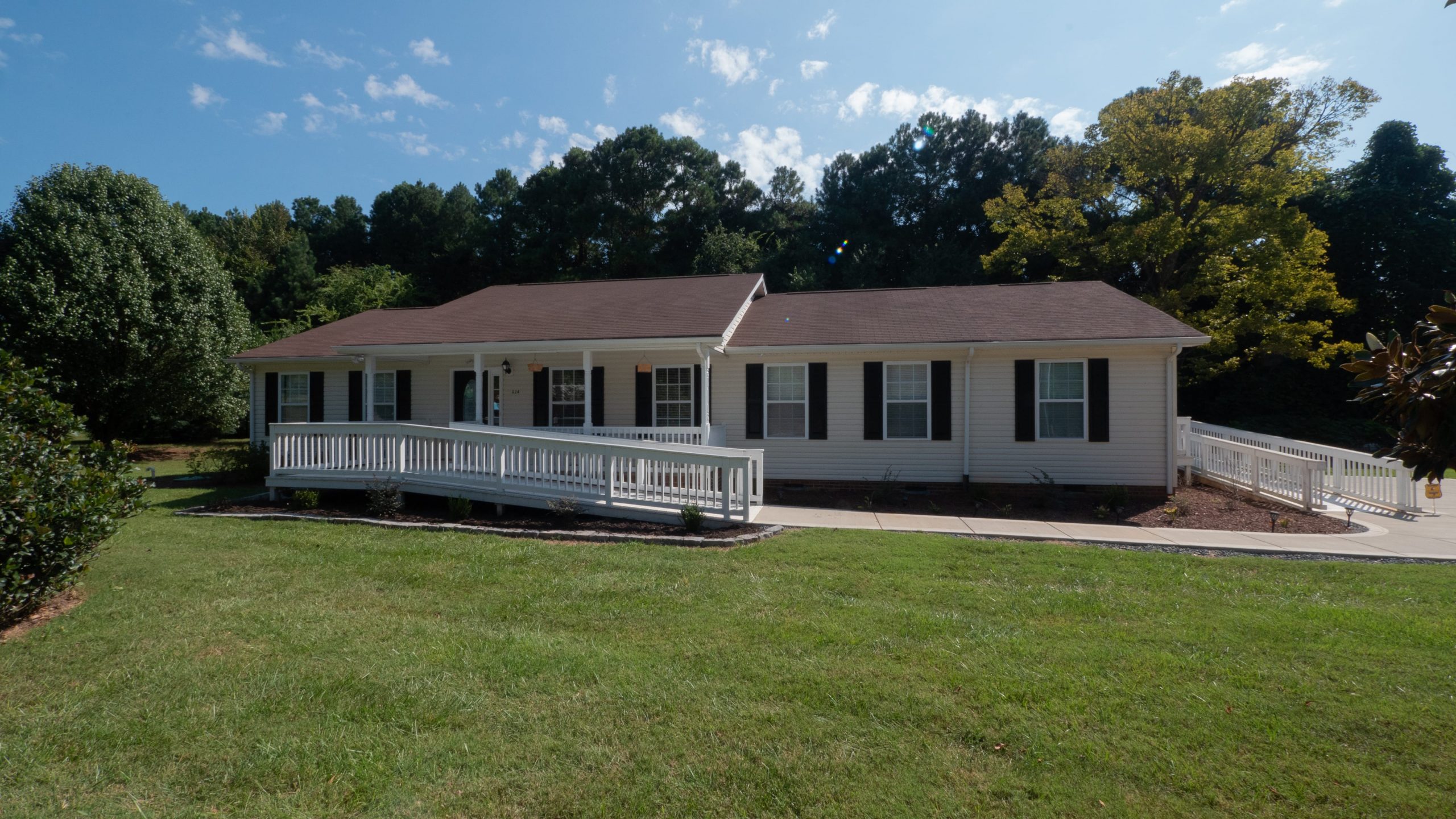 Have Questions? Let us help.